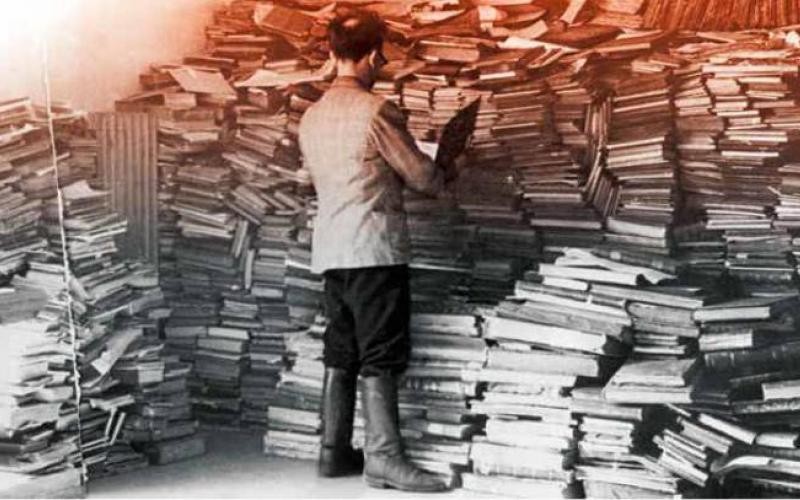 The Book Smugglers: Partisans, Poets, and the Race to Save Jewish Treasures from the Nazis

Historian and author David E. Fishman discusses his recent book, The Book Smugglers. The story began 25 years ago when he was invited to consult on items discovered in a former church in Vilnius. The book is hailed as "first rate scholarship that pulses with the beat of a most human heart," and "illuminates the little-known saga of the courageous efforts to save the precious libraries, manuscripts, and archives of the Jews of Eastern Europe."

David E. Fishman, professor, Jewish History, The Jewish Theological Seminary, has written books on the history and culture of East European Jewry. He taught at Brandeis and Bar-Ilan Universities and Russian State University in Moscow. He is a member of the Academic Committee of the United States Holocaust Memorial Museum.