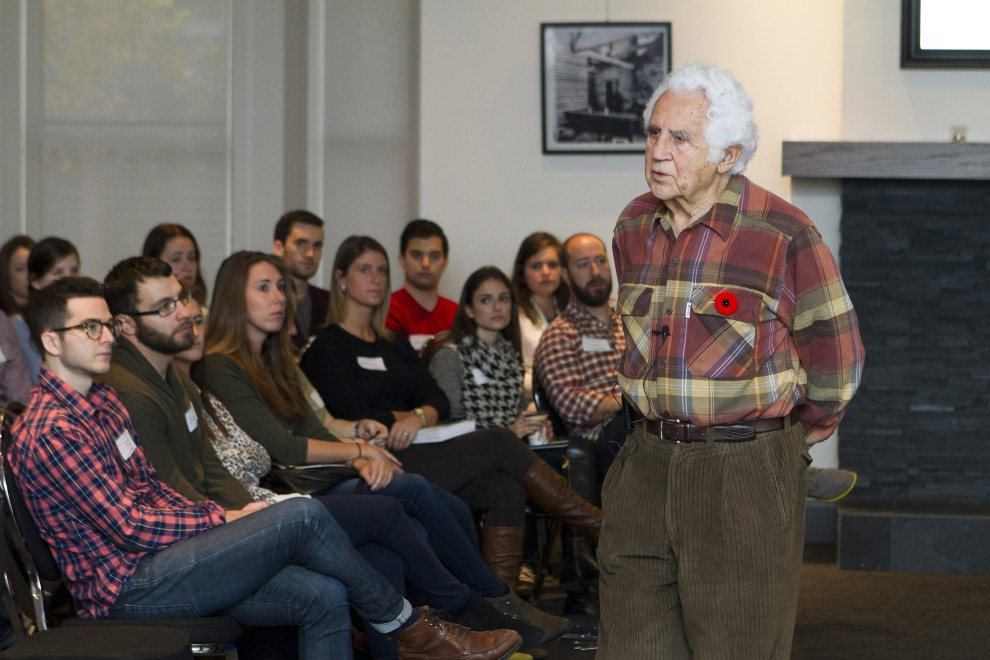 The ninth annual symposium features engaging workshops that invite participants in their 20s and 30s to explore untold and lesser-known narratives of the Holocaust. Sessions will address the topic by presenting innovative research, thought-provoking discussions, survivor engagement and new media.

Featuring a keynote from Holocaust survivor George Brady in conversation with his daughter, Lara Brady.

Hana’s Suitcase is the widely popular narrative of a child’s suitcase connecting people from Tokyo to Toronto, that became a best-selling book, radio and stage play, documentary and feature film, online exhibit and more. People across the globe have fallen in love with the story of Hana Brady, a young girl whose normal, happy life was destroyed by the Holocaust, but who is remembered and honoured through the survival of her brother, George, and his determination to ensure Hana’s story is used as a framework for young people to learn about the Holocaust.

George survived the concentration camps of Theresienstadt and Auschwitz as a teenage boy, subsequently escaping from Communist Czechoslovakia postwar, and rebuilding his life in Canada. With a vast collection of documents and artifacts that illustrate George and Hana’s narrative, George has spent much of the last two decades sharing this remarkable story of love between siblings with the world.

Join Neuberger YPs for an intimate conversation with George Brady and his daughter, Lara Brady, as they explore untold aspects of George’s story and reflect on their family’s legacy for the future.

The Legacy Symposium is generously sponsored by the Cohen Family Charitable Trust; and Dorothy & Pinchas Gutter in memory of his twin sister, Sabina. Additional support is provided by Toby Abramsky in memory of Cesia & Carl Mahler by their children, grandchildren and great-grandchildren.

We Will Never Die: The Untold Story of a 1943 Attempt to Act to Save the Jews of Europe – Naomi Matlow and Yacov Fruchter (Beth Tzedec)