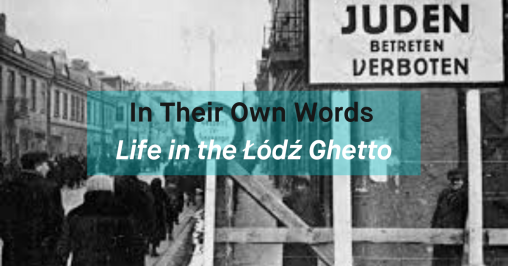 Life in the Łódź Ghetto

This lesson plan introduces the Lodz Ghetto, the controversial head of the Jewish Council Chaim Rumkowski, and hear testimony from two survivors of the Lodz Ghetto. This multi-layered approach encourages students to think critically about the “choiceless choices” many Jews were forced to make, and to reflect upon the significance of some of those decisions.

This program includes a link to view the Neuberger curated film “Voices From the Lodz Ghetto” which focuses on the testimony of survivors Manny Langer and Sally Rosen.
Recommended for grade 9+ 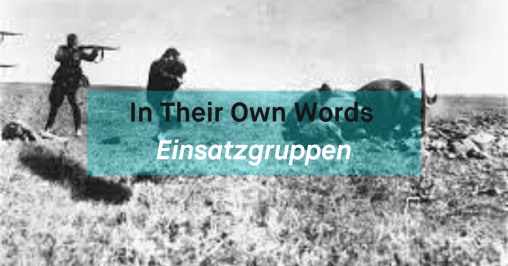 The role of the mobile killing squads that swept across parts of Eastern Europe and the Balkans often in advance of German military troops is another aspect of the Holocaust that is often overshadowed by the events in Western Europe. Yet historians estimate that between 1.5 and 2 million Jews were brutally killed by these mobile killing squads known as the Einsatzgruppen. Few survived the ruthless efficiency of these killing squads and the Neuberger’s oral history collection does contain  important witness accounts.

By analyzing historic photographs, and working with recorded testimonies, students will discover how the Einsatzgruppen played an integral role in the Holocaust, particularly in parts of Eastern Europe. 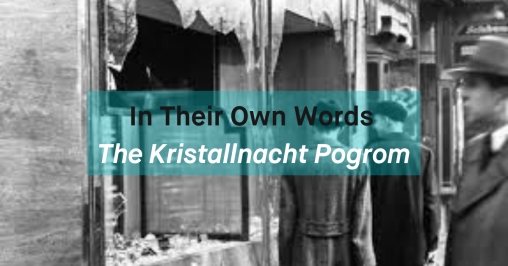 This program introduces students to one of the major turning points in how Nazi Germany treated its Jewish communities. The poignant testimony of Yael (Gisela) Spier-Cohen is retold through the Neuberger curated film “A Stolen Childhood”.  She relays her deeply personal account of how her family was affected by the state sanctioned violence that took place on November 9 & 10, 1938.  Instructions are included for a hands-on memorial activity that encourages students to reflect on the effects of Kristallnacht and its role in isolating and terrorizing Jews in the lead up to the Holocaust.