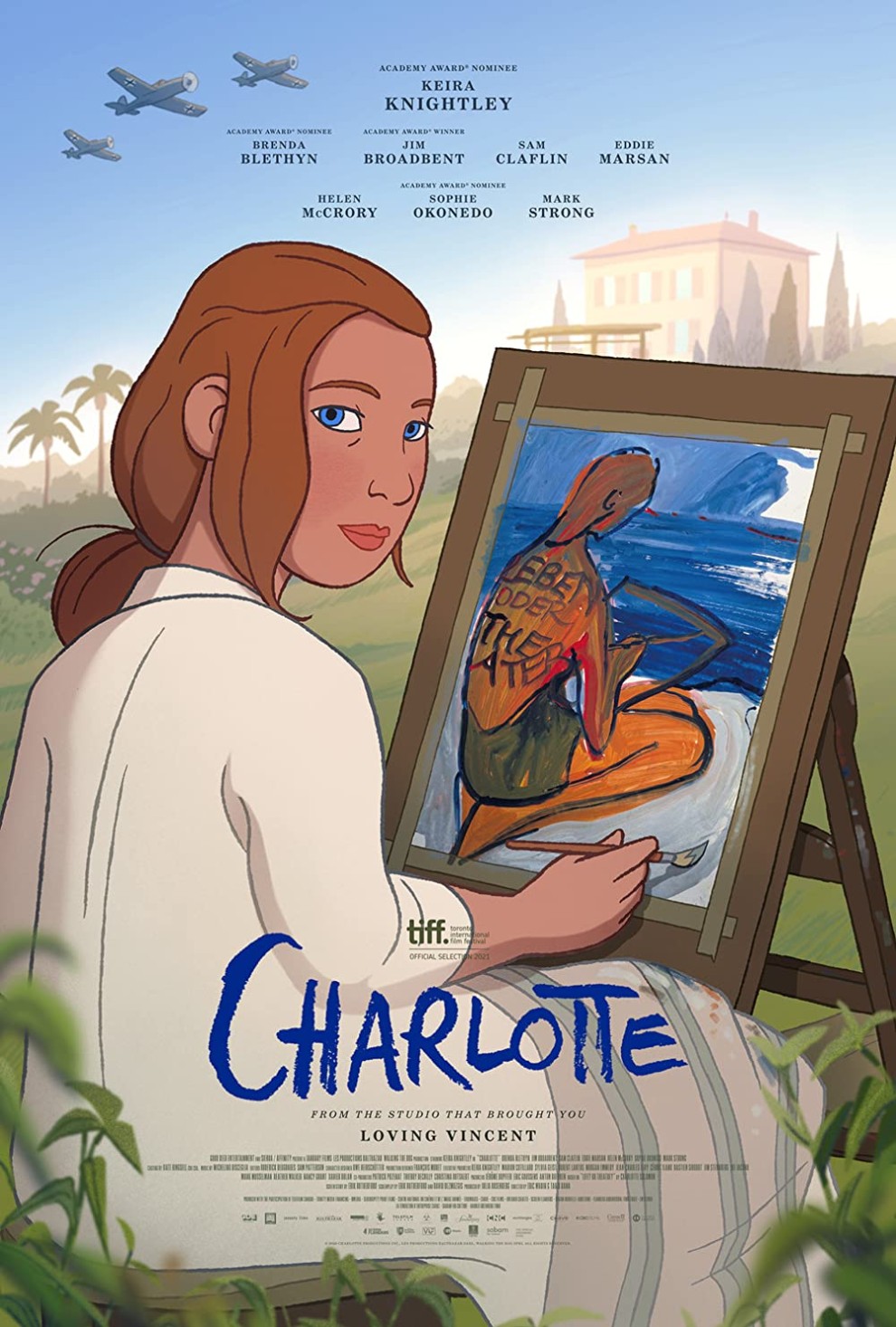 Charlotte Salomon: From Brush to Screen

A Screening and Panel

Life? or Theatre?  is the question that drives German-Jewish painter Charlotte Salomon's life story, beautifully retold by Canadian directors Tahir Rana and Eric Warin in a new animated film starring Keira Knightley as Charlotte. The film opens in 1933 Berlin when Charlotte’s dreams of art school are cut short by Nazi race laws. At 18, she is sent to live with her grandparents in southern France, but lands in a Vichy detention camp. Forced to confront the secrets of her family's dark past and her own inner demons, she narrates her brief life story through an astonishing body of work, a semi-fictional collection of more than a thousand expressionistic paintings, fused with imagery, poetry and music, completed just one year before her death at Auschwitz in 1943.

Program is free. Registration required to attend this event in person. The panel discussion will be recorded and available on HBTV after November 4 for those who can’t attend in person.

Program is generously sponsored by Gloria May.

Co-presented by The Centre for Arts & Culture, Holy Blossom Temple.

Julia Rosenberg has been one of Canada’s top executives and producers for the past twenty-five years. After eighteen months as a feature film executive at Alliance Communications Corporation, she moved with Robert Lantos to his new venture, Serendipity Point Films. From 1998 through 2004, Julia oversaw all development and production at Serendipity, during which time eight features and one series were greenlit, among them “Being Julia” starring Annette Bening. In 2005, she launched January Films where she has produced award-winning features and documentaries, most recently “Charlotte”, an animated feature for adults starring Keira Knightley (and Marion Cotillard in the French version) that premiered the English version at TIFF 2021 and the French version at Annecy 2022. Drawing on her relationships at home and abroad, Julia has produced with the best of Canadian and international talent, executives, and financing.

Tahir Rana is an Emmy-nominated director in animation. He started his career at Dreamworks Animation and has since been Head of Story and Director for celebrated series television, including Angry Birds for Netflix. With his core group of collaborators, Tahir researched and came up with an innovative use of classical and 2D computer-assisted animation for the realistic look for the film. Charlotte is his first feature film.

David Bezmozgis is an award-winning writer and filmmaker. He is the author of the story collections, “Immigrant City” and “Natasha and Other Stories”, and the novels, “The Betrayers” and “The Free World”. In the summer of 2010, David was included in The New Yorker's 20 Under 40 issue, celebrating the twenty most promising fiction writers under the age of forty. A graduate of the University of Southern California's School of Cinematic Arts, David's first feature film, Victoria Day, premiered in competition at the Sundance Film Festival in 2009. His second feature was an adaptation of his story Natasha.