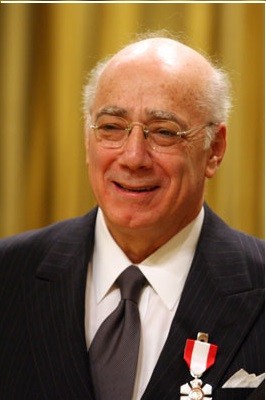 The Imposition of the Yellow Star with Dr. Michael Marrus / Lecture

As of June 7, proclaimed the German occupation in France, all Jews over the age of six in the Occupied Zone were to wear a yellow star inscribed with the word Juif [Jew]. This lecture tells the story of the imposition of the Yellow Star: the background to the decision; its link with the Final Solution; the problems with its imposition; and the place of the star in the Holocaust in France.

Professor Michael Marrus is the Chancellor Rose and Ray Wolfe Professor Emeritus of Holocaust Studies, University of Toronto. He has lectured all over the globe on the Holocaust. He joins us at Holy Blossom each year for Holocaust Education Week.