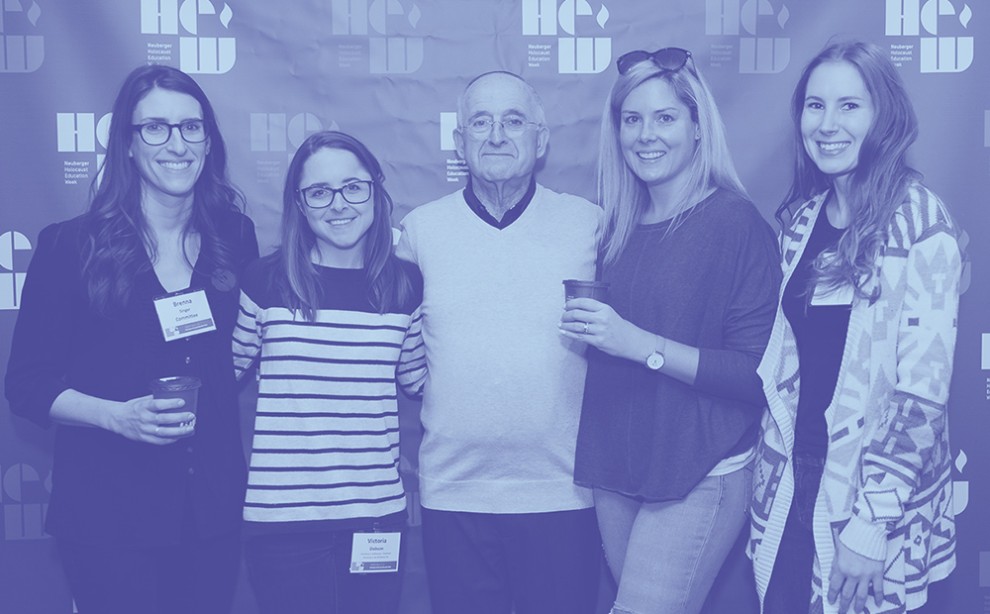 The tenth annual symposium features engaging workshops that invite participants in their 20s and 30s to explore how learning and dialoguing about the Holocaust from a universal perspective demonstrates its continued relevance to 21st century Canadians. Sessions will address the topic through personal experiences, thought-provoking discussions, survivor engagement and art.

Featuring a keynote from Elizabeth Moore, former white supremacist and current educator on extremism, in conversation with Abigail Bimman, award-winning journalist and an Ottawa-based correspondent for Global National.

Elizabeth Moore is a speaker and educator on racist extremism in Canada. In 1995, at the age of 21, Elizabeth defected from The Heritage Front with the help of Bernie Farber and the Canadian Jewish Congress. A visit to the Sarah and Chaim Neuberger Holocaust Education Centre and learning about the Holocaust left lasting impressions and were essential steps in the early part of her deradicalization process. During this intimate conversation, Elizabeth will share her story and what she’s learned about hatred through her experiences and activism work.

Join Neuberger YPs for an intimate, insightful conversation about how learning about the Holocaust, combating its denial, and facing antisemitism remains critically important to our lives today.

The day also includes workshops and opportunities to learn from a Holocaust survivor speaker, all focused on the contemporary relevance of learning about the Holocaust. Participants will be prompted to fill out their choices upon registration.

The Legacy Symposium is generously sponsored by the Cohen Family Charitable Trust; and Dorothy & Pinchas Gutter in memory of his twin sister, Sabina.