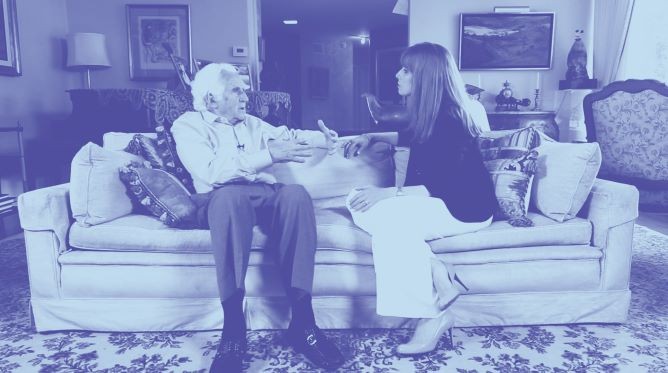 Bill Glied was deported to Auschwitz-Birkenau from his home in Yugoslavia in May, 1944. His mother, sister and grandparents were murdered in the gas chambers upon arrival. He and his father were transferred as slave labourers to Dachau Concentration camp where his father died just 9 days before liberation. Bill was among the first Jewish orphans admitted to Canada. He rebuilt his life here, married, had 3 children and 8 grandchildren. He left a message of optimism and hope. He encouraged others to stand up when they see wrong and always do small acts of kindness to help make the world a better place. His history is presented by his daughter Michelle Glied-Goldstein.

Michelle Glied-Goldstein founded Carrying Testimony from Generation to Generation in 2017, with her father, Holocaust Survivor Bill Glied z”l.   They saw the tremendous value of first hand personal Holocaust testimony as part of Holocaust education and developed a way to bring that personal testimony through to the next generations.  Michelle is a docent at Neuberger Holocaust Education Centre, a Dialogue for Descendants committee member, co-chair of the Speaker’s Idol committee at Friends of Simon Wiesenthal Centre (FSWC), member of the FSWC Senate, member of the Toronto Chapter Board of Weizmann Canada, and past Board member of Bialik Hebrew Day School. She is also the President/CEO of Summerhill Real Estate Group.  Michelle holds a BA in English Literature from York University and an MBA from the Schulich School of Business.  She is married and has two adult children.  In her spare time, she enjoys spending time with family, traveling, playing piano and reading.