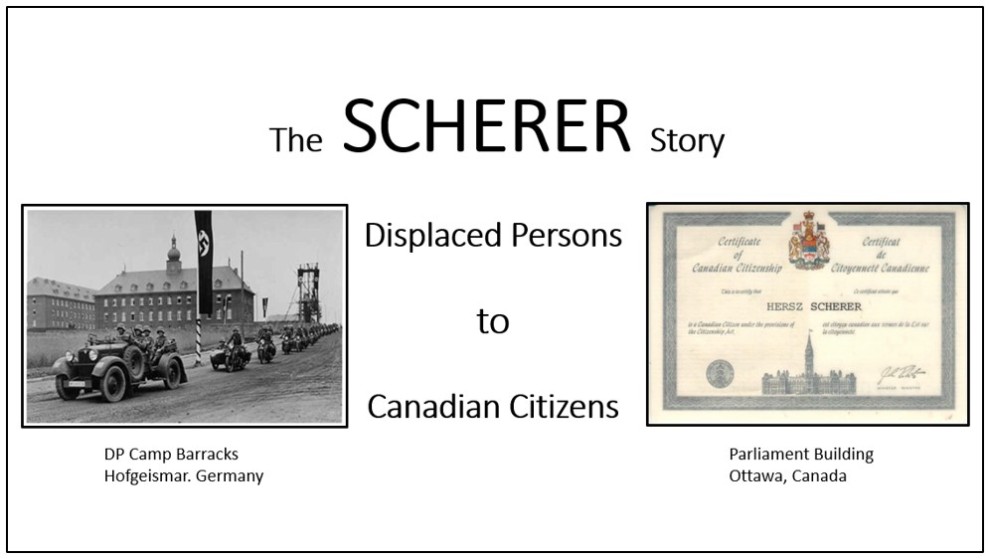 Jerry Scherer's genealogical research led him to discover and learn the experiences of survivors during and after the Holocaust; what happened to his parents’ families during the Holocaust, what it was like working in a forced labour camp in Siberia, the reception survivors received returning to Poland after the war, what life was like in the DP camp, how DP survivors were selected to come to Canada and finally what the trans-Atlantic voyage was like.

Jerry Scherer is a child of Holocaust survivors who was born in Siberia in 1945.  He and his parents spent 3 years in a Displaced Persons camp before emigrating to Montreal in 1949.  He taught high school mathematics for 42 years, retired in 2009 and currently volunteers at JGS.