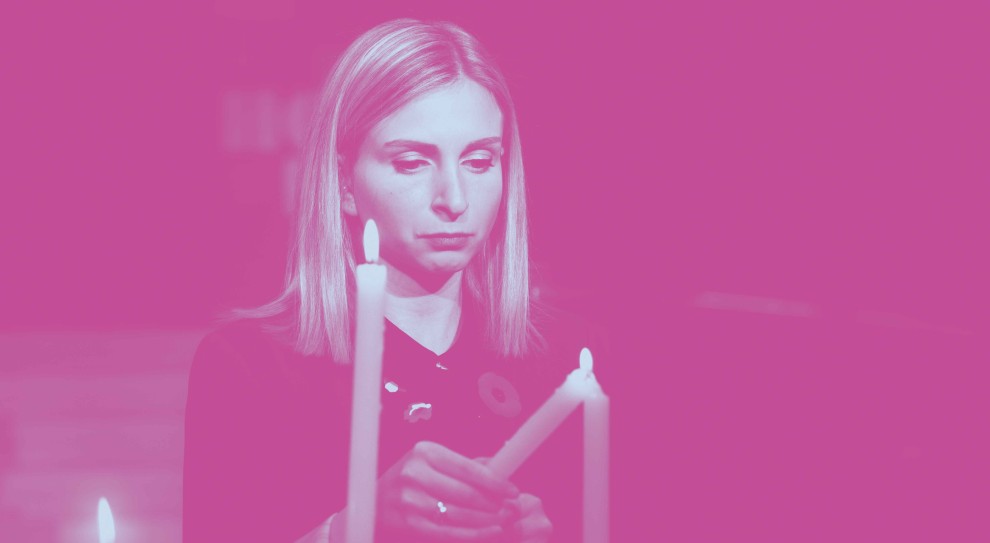 FOR YOU WERE STRANGERS... : REFLECTIONS ON THE LEGACY OF THE HOLOCAUST TODAY

In a time of surging antisemitism and intolerance, have we learned the lessons of the Shoah? To close Holocaust Education, we explore tangible ways in which the memory of the Shoah motivates contemporary activism. Elizabeth Bromstein grew up visiting her survivor relatives in Kensington Market, and often wondered about the people pictured in old family photographs. It wasn’t until later that, in the context of the global refugee crisis, she considered her family’s fate during the Holocaust. Elizabeth’s family history, and the memory of Canada’s failure to accept Jewish refugees during the Holocaust, moved her to act to help refugees today. Together with her family, Elizabeth runs Walk Like A Refugee, an organization that raises funds and spreads awareness in support of refugees entering Canada.

Join us for this special conversation moderated by Elise Herzig, Executive Director at JIAS Toronto, and discover how the memory of the Shoah motivated Elizabeth to leave the world a better place than she found it, and how we can all engage with this pressing issue. The program culminates in a commemoration of the 81st anniversary of Kristallnacht.

Closing night of HEW is generously co-sponsored by the Glicksman, Glick, Altschuler, Glassberg and Herschorn families, honouring the memories of Holocaust survivors Morris & Rose Glick and Max & Gutta Glicksman; and by Scotiabank, with Eleanor & Martin Maxwell, in memory of his sisters, Josephine and Erna Meisels who died in the Holocaust.

This program will feature open captioning for accessibility.