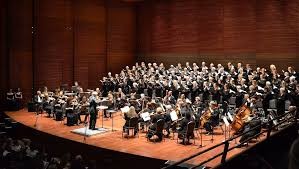 Michael Tippett wrote this work in reaction to Kristallnacht. It is very much a work suggesting The Holocaust and Now. The program will also include the final movement from Srul Irving Glick’s Symphonic Choral Cycle: The Hour Has Come from the larger work also called The Hour Has Come. Interspersed with the musical elements will be videotaped appearances by five individuals, witnesses themselves to acts of persecution and hatred.

Dr. Robert Cooper is one of Canada's foremost choral musicians, the choral director of Chorus Niagara and the Orpheus Choir of Toronto, has taught at the University of Toronto, Faculty of Music and had the honour of conducting the National Youth Choir of Canada and A Celebration of Canadian Choral Music at Carnegie Hall.