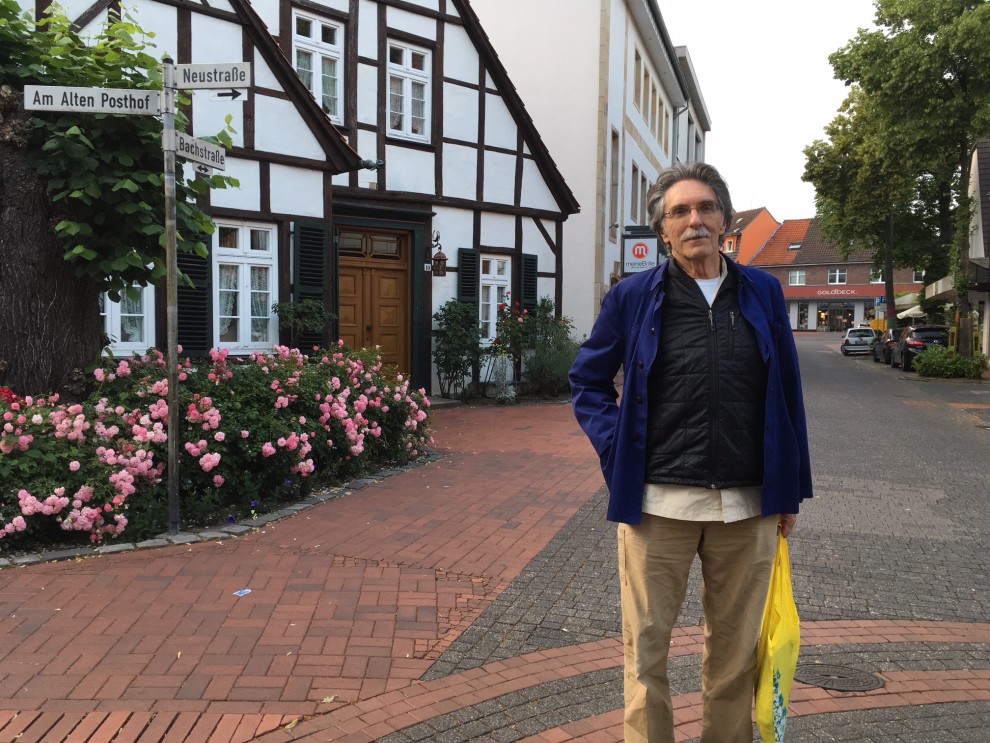 "Holding Hands With Ilse" is Abraham Ravett’s documentary film about the search for the German teenage girl who took care of the filmmaker between 1948-1950 in Wałbrzych, Poland where he was born. Knowing only her first name and circulating a small photograph taken in 1950 of the two, the director explores the urban landscapes of western Poland and the journey involved in their unexpected reunion that recently took place in Ibbenbüren, Germany.

Abraham Ravett holds a BFA and MFA in filmmaking and Photography and has been an independent filmmaker and photographer for the past forty years. He received grants for his work from the Massachusetts Cultural Council, LEF Foundation, National Foundation for Jewish Culture: Fund for Documentary Filmmaking, National Endowment for the Arts, The Japan Foundation, and a filmmaking fellowship from the John Simon Guggenheim Memorial Foundation. His films have been screened internationally including several one-person shows at MOMA in New York. A retrospective of his films was shown in December 2014 at Festival Film Dokumenter Yogyakarta, Indonesia. Abraham teaches filmmaking and photography at Hampshire College, Amherst, MA.